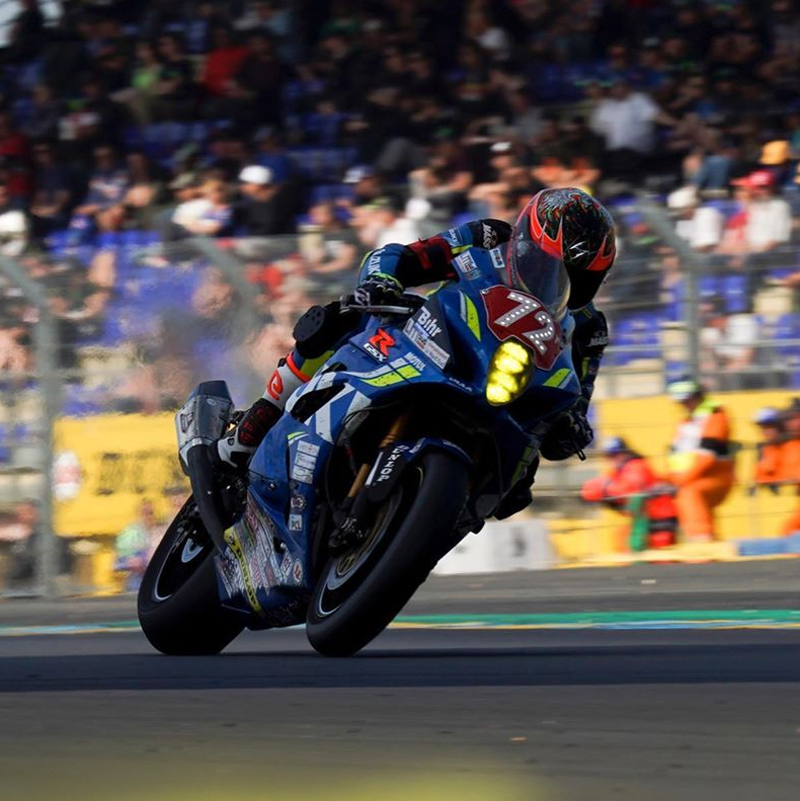 He made his debut in the 125cc world championship in 2003 aboard a Honda RS 125 R of the Equipe de France Espoir team in the home Grand Prix, as a wildcard. He runs the same Grand Prix, still as a wildcard, but in none of the appearances he gets points.

He was hired by the Ajo Motorsport team to drive a Honda RS 125 R, having Tomoyoshi Koyama as his teammate, obtaining a fifth place at the Dutch GP as the best result and ending the season in 18th place with 28 points.

Switch to Malaguti, staying on the same team, without getting points. This season he is forced to skip the GPs of Spain, Qatar, Great Britain, Malaysia, Australia, Japan, Portugal and the Valencian Community for various injuries.

He returns to ride a Honda motorcycle in the FFM GP 125 team, obtaining two tenths of the best results (Qatar and Malaysia) and ending the season in 21st place with 25 points.

Switch to Loncin; teammate is Jules Cluzel. He obtained a fourteenth place in the Valencian Community as the best result and ended the season in 28th place with 4 points.

He is confirmed in the team, this time having Koyama as his teammate. This season he is forced to skip the GPs of San Marino, Portugal, Australia, Malaysia and the Valencian Community due to injury. He gets no points.

Switch to the Ongetta Team, driving an Aprilia RSA 125; teammates are Luca Marconi and Jonas Folger. This season he is forced to skip the Indianapolis, Aragon, Japan and Malaysia GPs due to injuries, only to be definitively replaced by the Australian Grand Prix by Tommaso Gabrielli. He obtained a ninth place in Spain and 20 world points as the best result.

The French Grand Prix runs for the WTR-Ten10 Racing team, replacing Sarath Kumar, while from the Catalan Grand Prix he passes to the Caretta Technology team, taking the place of Hiroki Ono riding the KTM FRR 125. He gets an eleventh place in Holland as best result and 18 points.

He remains in the same team, racing in the new Moto3 class driving a Honda NSF250R; teammate is Jack Miller. This season he is forced to skip the San Marino Grand Prix due to the fracture of a femur remedied in a test; is then permanently replaced by John McPhee. He gets a second place in Germany and 81 points.

Switch to the Ongetta-Rivacold team that entrusts him with an FTR M313. He obtained two sixth places as best result (Czech Republic and Valencian Community) and ended the season in 8th place with 94 points.

He remains in the same team, driving a Honda NSF250R. Gets a third place in Germany. In the Czech Republic GP he gets his first career victory. He finishes the season in 6th place with 164 points.

Switch to the SAXOPRINT RTG team, which entrusts him with a Honda; teammate is John McPhee. Gets pole position and victory in Qatar. The rest of the season is not up to the opening race. Closes the championship in thirteenth place with 78 points.

He remains in the same team, this time driving a Peugeot MGP3O, the teammate is still John McPhee. On the eve of the Austrian Grand Prix he terminates the contract that binds him to the team, Albert Arenas is hired instead. Closes the season without getting valid points for the world ranking.

He will be ineligible to compete in Moto3 in 2017 due to the age limit.