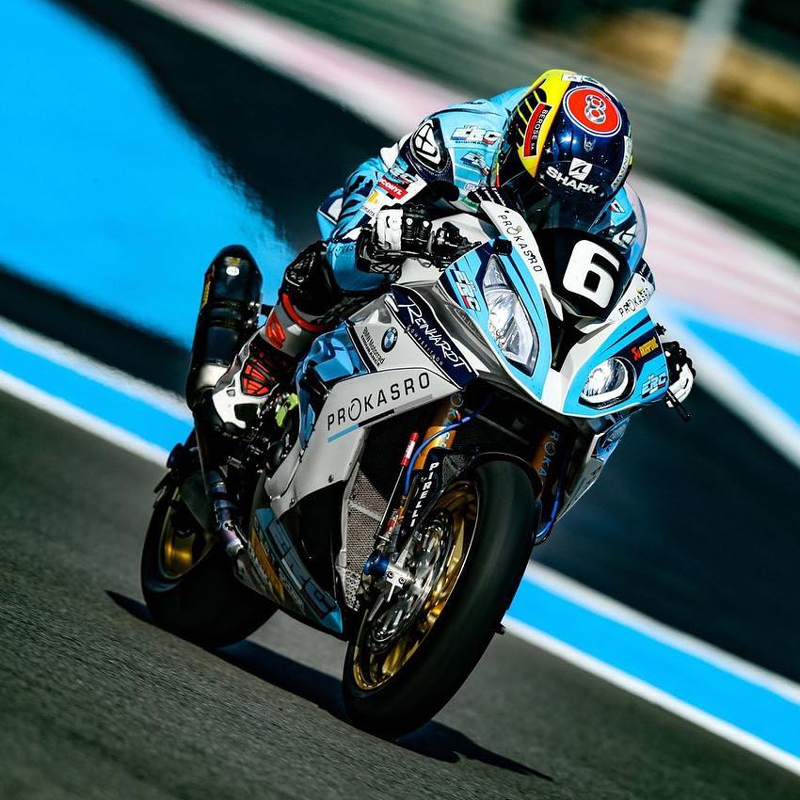 He runs his first race in the world championship in the season in the 125 class, driving a Honda RS 125 R of the FFM Honda GP 125 team, as wild card in the Portuguese GP.

He runs his first full season always in 125 aboard a Honda without obtaining satisfactory results (best result 18th in China). This season he is forced to skip the Portuguese GP due to injury and is replaced after the San Marino GP; however the GP of the Valencian Community runs to replace the injured Cyril Carrillo, who had taken his place in the team.

He always runs in the 125, but in the Spanish championship, ending the season in 5th place thanks to 2 podiums.

He returns to the world championship with an Aprilia RSA 125 of the CBC Corse team, with teammate Jasper Iwema. He obtained a fourteenth place in Germany as the best result and ended the season in 28th place with 2 points.

Switch to the Matteoni Racing team, with teammate Joan Perelló. He obtained a ninth place in Australia as the best result and ended the season in 17th place with 31 points.

He runs in the new Moto3 class, hired by the Racing Team Germany, which entrusts him with an FTR M312. On 20 May 2012 on the occasion of the French Grand Prix, he got his first career victory on the track of his hometown. He finishes the season in 11th place with 86 points.

Switch to Moto2, hired by the Tech 3 team; teammate is Danny Kent. He obtained a twelfth place in the Netherlands as the best result and ended the season in 24th place with 6 points.

Switch to the SAG Team, which entrusts him with a Kalex Moto2. He obtained a tenth place in Qatar as the best result and ended the season in 26th place with 18 points.

Switch to the Tasca Racing team, which entrusts him with a Tech 3 Mistral 610. This season he is forced to miss the Spanish Grand Prix due to a fracture in his right hand remedied in the GP qualifying. Closes the season in twenty-fifth place in the final standings.

Participate as a replacement driver at the Italian Grand Prix in Imola in the Superstock 1000 FIM Cup. In this event he uses a Yamaha YZF-R1 of the Pata Yamaha team. He closes the race in 17th place not obtaining valid points for the final classification.